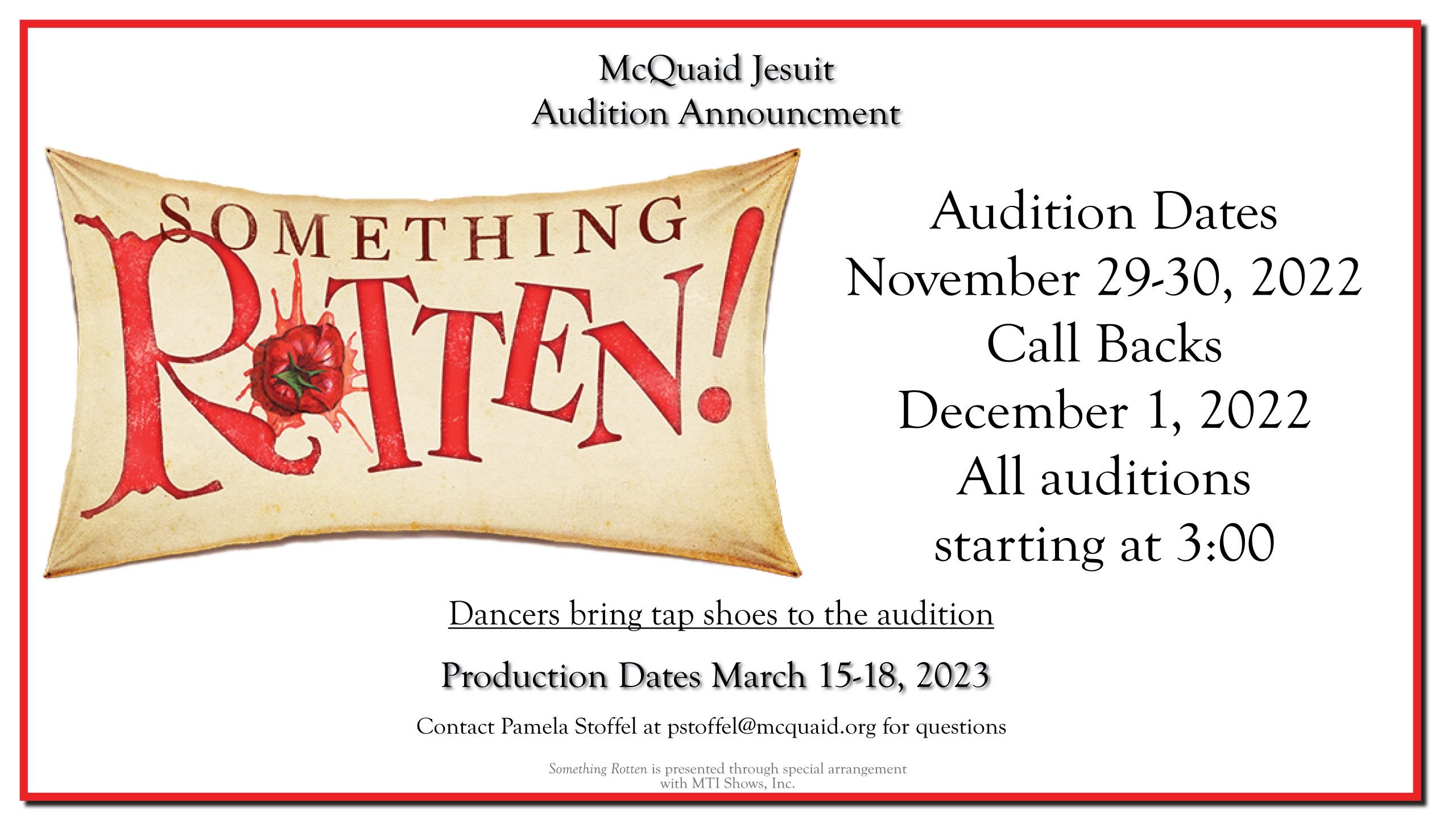 McQuaid Jesuit is pleased to announce the upcoming auditions for our spring musical Something Rotten, a hilarious comedy. The show’s production dates are March 15-18, 2023.

Set in the 1590s, brothers Nick and Nigel Bottom are desperate to write a hit play but are stuck in the shadow of that Renaissance rock star known as “The Bard.” When a local soothsayer foretells that the future of theatre involves singing, dancing and acting at the same time, Nick and Nigel set out to write the world’s very first musical. But amidst the scandalous excitement of opening night, the Bottom Brothers realize that reaching the top means being true to thine own self, and all that jazz.

Something Rotten features large song and dance numbers, and a wacky cast of over-the-top characters, each given his or her own special moment in the show to shine.  Throughout its Broadway run, the musical received a show-stopping standing ovation from audiences… in the beginning of the first act!  It’s become clear that “nothing’s as amazing as a musical,” so don’t miss your chance to bring this history-twisting tale to your stage.

Auditions for this fabulous show will be held on Tuesday, November 29th and Wednesday, November 30th with call-backs on Thursday, December 1st, all beginning at 3:30 in the McQuaid auditorium. It is not necessary to prepare anything in advance as we will teach a few measures of a couple of songs as well as a brief dance sequence which will be used in the audition. Dancers should bring tap shoes. For additional information regarding plot, characters and music, there are numerous YouTube postings which may be viewed.

If you have questions please contact me at pstoffel@mcquaid.org.