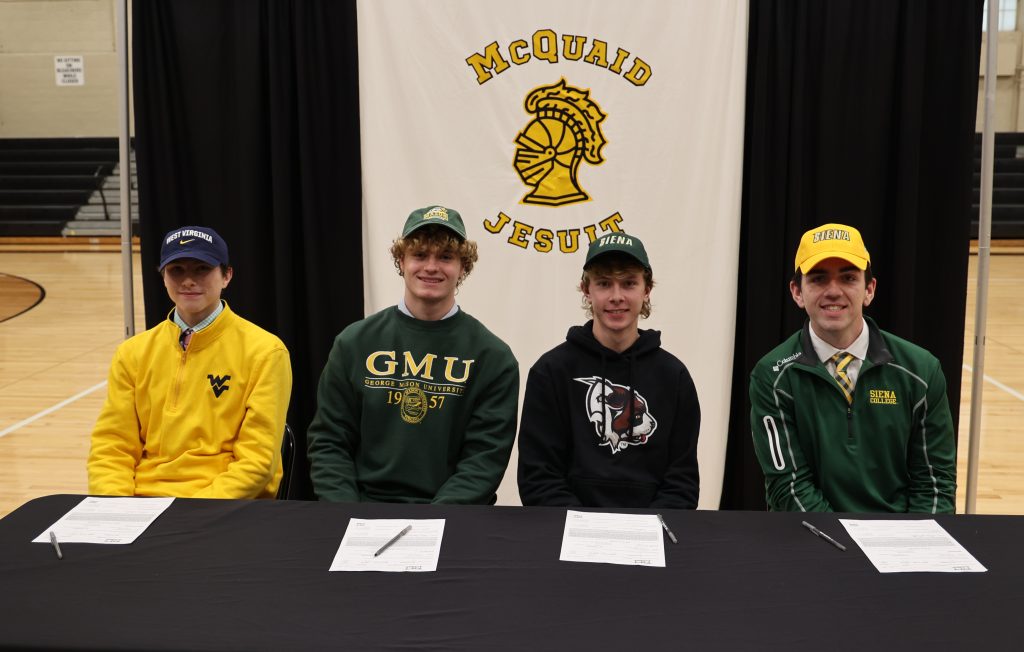 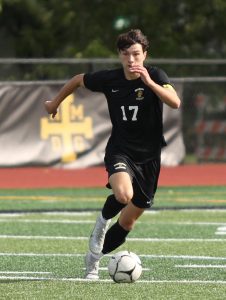 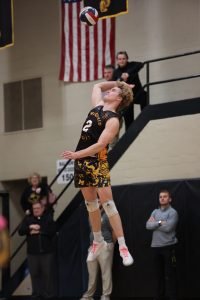 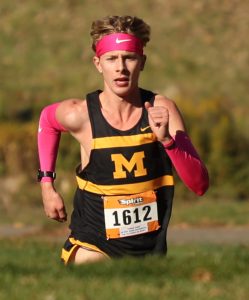 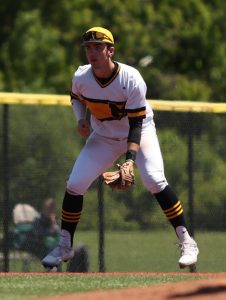 December 15 was a big day for a quartet of McQuaid seniors as they signed their national letters of intent to continue their academic and athletic careers at the next level.

Andrew O’Neil will be heading to the University of West Virginia after helping to lead the soccer team to the New York State final, recording 14 goals and 8 assists.

Robert Evangelista’s senior year came to a disappointing end with a loss in the sectional semi-finals but that did nothing to take away from his season or his career at McQuaid.  Robert will be attending George Mason University in the fall.

The Knights claimed the state baseball title last spring and one of the key pieces in the lineup was third baseman  Luca Ciaramitaro.  He has one more season in a McQuaid uniform and after that he will head to Siena.

He won’t be the only athlete going from 1800 South Clinton to Siena.  Joining him there in the fall will be standout runner Collin Brown.  Brown took third in the McQuaid Invitational, won the Section V title and took third in the New York State Championships.